At just 26 years old, David never thought that his back and glute pain could have been due to arthritis. After years of navigating the health care system for the right diagnosis and the right kind of care, he finally found a way to help manage his chronic pain at a chiropractic spine clinic.

At 26 years old, David Rennick, a technology consultant, never thought that his back and glute pain could have been due to arthritis. However, years after the initial bout of his symptoms, he was diagnosed with ankylosing spondylitis – an inflammatory disease that, over time, can cause the spine to become less flexible1.

“When I graduated university and began working, I suddenly started getting back pain,” says David. “I didn’t think too much of it at the time, and thought it was because I was sitting more while working.”

A social and athletic person, David played competitive soccer and skiing throughout his childhood and young adulthood. He even competed at provincial and national levels. “Being outside, socializing, and playing organized sports has shaped me into who I am. I like keeping busy and was always driven to do well.” 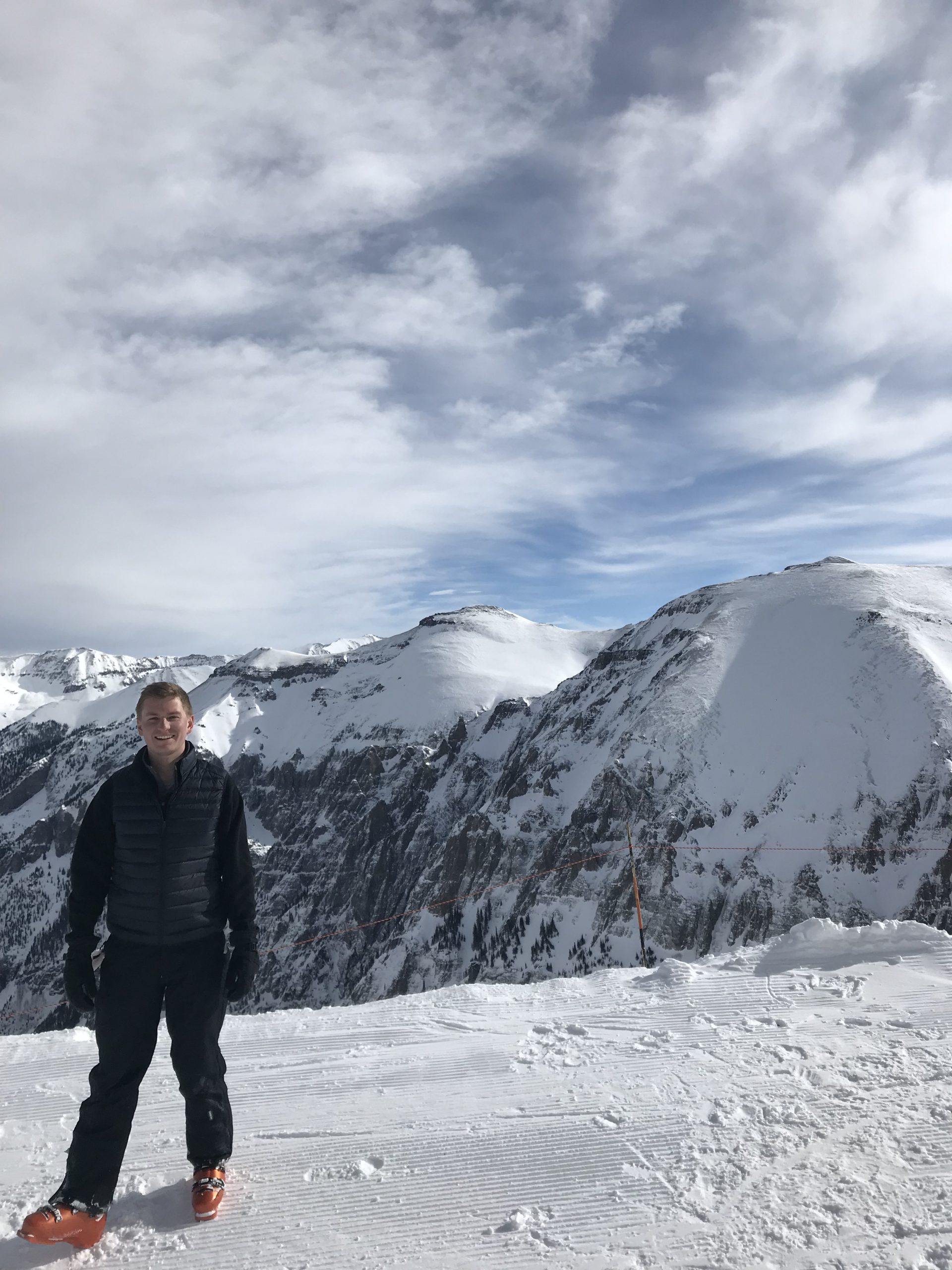 A Kind of Pain that Won’t Go Away

“I thought the root cause of my problems were my glutes, like a tear, because that’s where the pain started and eventually spread to my back,” says David.

The back pain was manageable at first: David found helpful exercises online, such as light core work and those that helped activate the glutes, bought a new desk chair, and switched his mattress. “I was able to keep this going for a few years,” he says. However, all of this changed in March of 2020.

“All of a sudden, I really began to feel my glutes and hips,” David says. “It became impossible to do regular things because I didn’t know how I would feel on any given day. When I tried to get back to activities, such as running, I felt horrible the next day and couldn’t do anything for weeks after.” He also began experiencing cycles of pain. “I would go through six to eight weeks of feeling okay, and then the weeks following hardly able to walk.”

Because his pain and flareups were so unpredictable, David began finding it difficult to make plans. Even simple things like planning to go for a walk down to the water was no longer possible. Sitting in a car for hours also became unbearable, so he began going to his parents’ cottage – only two hours away – less. 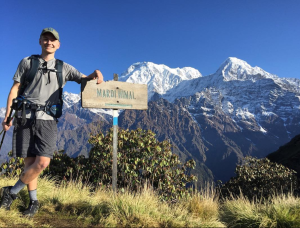 Arthritis is the most prevalent long-term health condition in Canada, affecting approximately 20 per cent of the population2. It encompasses over 100 diseases and is characterized by inflammation in the joints or other areas of the body such as the hip, knee, or spine3. The number of people living with arthritis in Canada is expected to increase by 3 million by 20404.

Over half of those living with arthritis are under the age of 65 and the onset of arthritis varies depending on the type5. Due to its propensity to affect multiple joints of the body, a significant proportion of people living with arthritis report difficulties with mobility and activities of daily living such as doing housework and running errands.

When the flareups got to the point that David needed to hold on to the railing to get up the stairs, he realized that rest and the exercises he was doing were no longer working for him and he needed help. He saw all sorts of specialists, including his family doctor, osteopaths, sports specialists, and physiotherapists. However, no one could determine what was going on because his symptoms would fluctuate so often from one week to the next.

An Individualized Approach to Treatment

Then, in early 2021, David finally began to get some answers.

“I did X-rays, ultrasounds, and two MRIs on my glutes and hips, says David. “All came back negative, except the MRI. It showed a labrum tear in each of my hips and mild osteoarthritis. Most importantly, it showed significant inflammation in the upper section of my hip, leading to the spine.” The latter concerned the doctors, and David was ordered a third MRI, this time on his spine.

The results were clear: David had key signs of ankylosing spondylitis. He was promptly referred to Dr. Jacqueline Hochman, a rheumatologist at Women’s College. After a full assessment and confirmation of his diagnosis, she recommended him to Dr. Aksa Ahmed, a chiropractor at the Chiropractic Spine Clinic and Spinal Stenosis Program at the Rebecca MacDonald Centre for Arthritis & Autoimmune Diseases at Mount Sinai Hospital for specialized treatment.

At the Chiropractic Spine Clinic, Dr. Ahmed takes an individualized approach to supporting patients with various conditions, including degenerative disc/joint disease, rheumatoid arthritis, ankylosing spondylitis, spinal stenosis, and spondyloarthropathies and radiculopathies. Chiropractic treatment for chronic conditions typically involves a combination of manual therapy and exercises, education and self-management, and coping strategies, such as mindfulness meditation and guided imagery to help patients manage the stress and anxiety that can come with their diagnosis.

“With the other specialists that I saw earlier on, I found that I received just general treatment,” says David. “With Dr. Ahmed, the sessions were specific to what I had. I found her extremely knowledgeable about my condition and felt comfortable asking questions.”

Despite its prevalence, finding the right care for arthritis is a challenge for many patients for many reasons. Oftentimes, its early signs and symptoms can mimic those of other diseases. Because there are many forms of arthritis and the condition has the potential to affect multiple joints in the body, treatment must be tailored and individualized to the patient’s specific needs6. Typically, patients begin by seeing their family doctor or a rheumatologist7.

“Once a patient is diagnosed with arthritis, they will often get seen by a variety of specialists, including rheumatologists, family doctors, and neurologists,” says Dr. Ahmed. “Unfortunately, chiropractors are often left out of this circle of care. This presents a huge gap in our health care system because chiropractors are trained to be able to work alongside other health care professionals to treat patients with arthritis. It is one more tool in a patient’s toolbox to consider when searching for the best possible care to help manage their pain and improve the functional limitations that can come about from a condition like arthritis.”

Chiropractic care is a patient-centred, non-invasive, hands-on, regulated health care profession focused on the spine, muscles, joints, and nervous system. Chiropractors use the best available evidence and clinical expertise to diagnose issues that affect the body’s movement, including back and neck pain, strains, work and sports injuries, and pain associated with arthritis. Chiropractic care is the primary method of treatment for many medical conditions, such as low back pain. Chiropractors are trained to help patients manage the pain and functional limitations associated with arthritis by using a combination of manual therapy, exercise prescription and self-management strategies.

In just about a month and a half into treatment, David began to see improvements in his condition.

“During my sessions at the spine clinic, I was also given a booklet of 24 exercises I could do at home to manage my symptoms and flareups,” says David. “Every week, I do more exercises and add them to my daily routine. This is great because you feel empowered to manage your symptoms no matter where you are, and don’t feel like you have to go to the clinic all the time.”

“Arthritis is a complex medical condition for two reasons: It’s chronic and there’s no cure,” says Dr. Ahmed. “As our population ages, there’s no better time for chiropractors to play an active role in a patient’s circle of care and work alongside rheumatologists and other specialists to ensure the best outcomes for patients. It’s important to empower patients with viable, evidence-based options, such as chiropractic care to discuss with their specialists.”

“I wish I knew that arthritis can affect young people,” says David. “I also wish that I didn’t take so long to seek care. My advice is that if you have issues with your body that persist for two or more months, get help. If you’re young, you really shouldn’t be having chronic back pain for a long period of time. Always advocate for your own health.”

For David, Dr. Ahmed offered a ray of hope in managing his condition and getting his life back. Today, through a combination of chiropractic treatment consisting of manual therapy and exercise prescription, daily exercises, and medication prescribed by his rheumatologist, he can better manage his symptoms and is able to travel more comfortably, go on extended walks, and even enjoy activities he once did like biking and swimming. 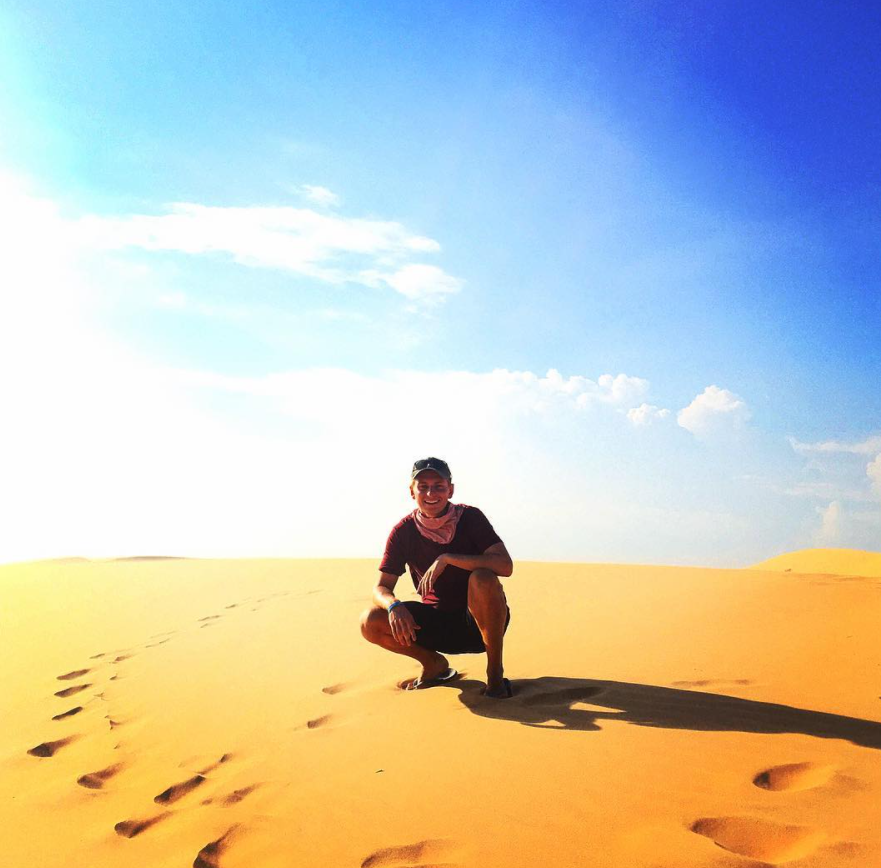 “There needs to be more information about the disease so that people know they can be potential candidates at any stage of their life,” says David. “Nothing I researched myself to help me figure out what was going on with my body led back to arthritis, and it wasn’t even considered when I first started seeking professional help. It’s important to address this huge gap in awareness so that patients can find and be led to the right health care professionals for their needs early on.”

Also, looking at the disease holistically is key.

“It’s important to increase education around arthritis and autoimmune diseases among patients and physicians overall,” says David. “My health care journey was the result of who I started with, who I was recommended to, and so on. Having more options in our circle of care from the start and awareness of how chiropractors can help is key to empowering patients with arthritis to seek the right treatment for their body, and to remove barriers to timely and effective intervention.”

For more information on how chiropractors can help, visit Help to Manage Your Arthritis.

2 Arthritis Community Research and Evaluation Unit (ACREU) for the Arthritis Society.  (2019).  Status of Arthritis in Canada – based on an analysis of Statistics Canada’s Canadian Community Health Survey (CCHS) 2015-17.

4, 5 Arthritis Community Research and Evaluation Unit (ACREU) for the Arthritis Society.  (2019).  Status of Arthritis in Canada – based on an analysis of Statistics Canada’s Canadian Community Health Survey (CCHS) 2015-17.